“And after these things I saw four angels standing on the four corners of the earth, holding the four winds of the earth, that the wind should not blow on the earth, nor on the sea, nor on any tree. And I saw another angel ascending from the east, having the seal of the living God: and he cried with a loud voice to the four angels, to whom it was given to hurt the earth and the sea, Saying, Hurt not the earth, neither the sea, nor the trees, till we have sealed the servants of our God in their foreheads” (Rev. 7:1–3).

Six seals have been opened, and before the seventh is broken, the apostle John gives us a reprise of the first four seals. You recall that the first four seals were the destructive forces of the four horsemen of the Apocalypse. Here we have four angels at the four corners of the earth, holding back the destructive “four winds” of the earth. We can make this connection because in the parallel passage in Zechariah 6:3-5, we have the four horsemen also, but they are identified with spirits or winds. “And the angel answered and said unto me, These are the four spirits [winds] of the heavens, which go forth from standing before the Lord of all the earth” (Zech. 6:5). Remember that God makes His angels winds, His servants flames of fire (Ps. 104:4; Heb. 1:7).

As John has been described the destruction that is going to be visited upon Jerusalem, the natural question arises. Will God’s people be spared? Yes. The Lord told His disciples to flee when they saw Jerusalem surrounded by armies (Luke 21:20-21), which they did, taking refuge in Pella. This protection is signified by means of an angel marking God’s elect on the forehead. What God did in the destruction of Jerusalem in 70 A.D. had an earlier parallel when that same city was destroyed by the Babylonians in 586 B.C. Before that earlier judgment God sent an angel to mark His own on their foreheads (Eze. 9). 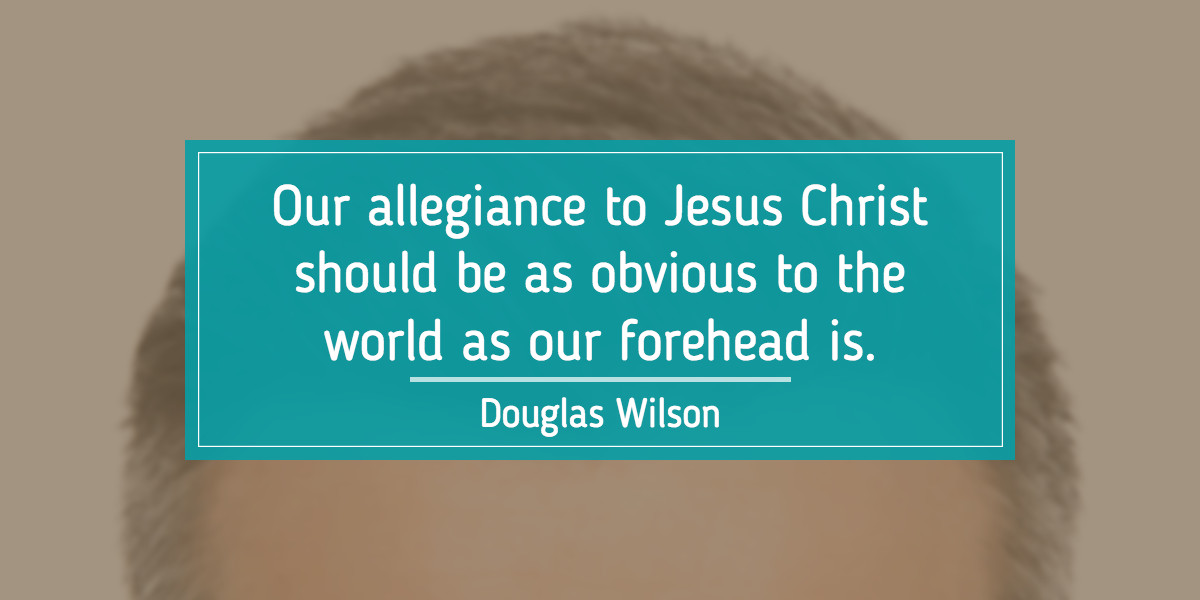 The forehead is significant. Holiness to the Lord was bound to Aaron’s forehead (Ex. 28:36-38). In a way directly contrary, the name of the great Harlot was bound to her forehead ((Rev. 17:5). The mark of the beast, without which no one could buy or sell, was a mark on the right hand or on the forehead (Rev. 13:17). This was a gross parody of what God required of His people, which was to bind His law on their right hands or on their foreheads (Dt. 6:8). Our allegiance to Jesus Christ should be as obvious to the world as our forehead is.

The previous chapter of Revelation had concluded with the pressing question—who is able to stand in the day of God’s great wrath. In a time like this, that is the question. John has Malachi 3:2 in mind, and the answer to that question is the seal of God. So four angels were holding back the four winds of the previously described destruction on the land, and those angels were told to restrain the judgment until a fifth angel, ascending out the east like a rising sun, with a seal in his hand, would be able to apply that seal to God’s own children. They were told not to hurt the earth, the sea, or the trees, until the seal of God had been applied to the sons and daughters of God. God never sends His judgments in before He sends the sealing angel in.