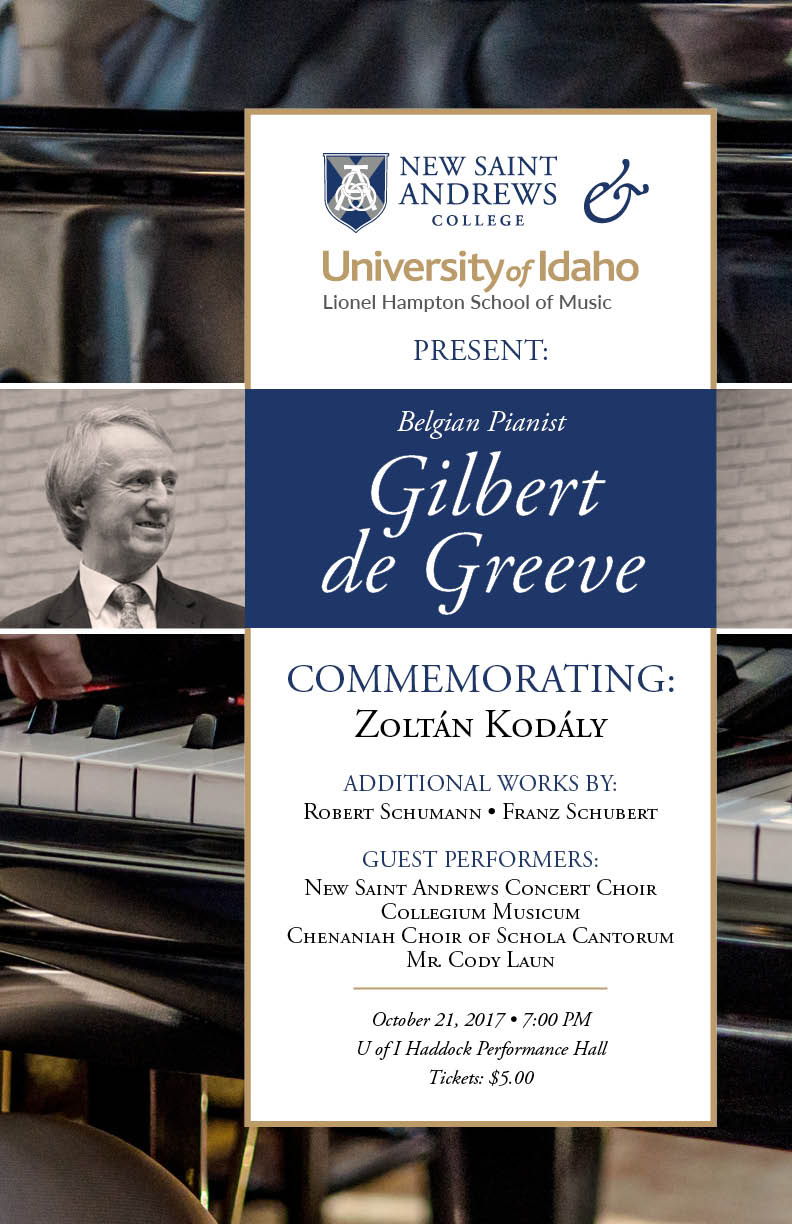 With guest performances by tenor, Cody Laun, and the NSA Concert Choir, Collegium Musicum, and the Chenaniah Choir.

Mr. De Greeve studied at the Royal Conservatory of Music (Antwerp) and the Peabody Institute of Music (Baltimore) studying with Rudolf Serkin, Eugene Ormandy, and Leonard Paerlman.  In addition to being a world-wide performer and composer, Mr. De Greeve is Honorary Director of the State Music Academy of Antwerp and Honorary Professor of the Royal Conservatory of Music of Antwerp. He is a Charter Member of the International Kodály Society and was actively involved in the Board of the IKS since 1983 (when he organized the 6th International Kodály Symposium in Antwerp Belgium), first as Vice President (3 terms) and from 1999 until 2011 as President. He is now a Past-President.

If you have any questions feel free to contact Dr. David Erb via email: derb@nsa.edu