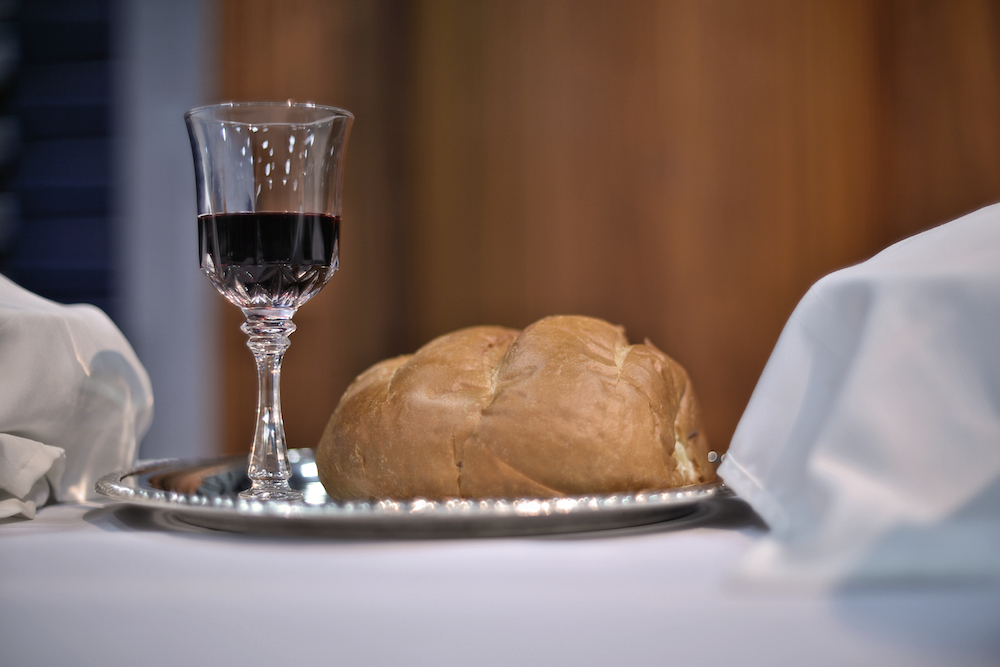 CONFESSION OF SIN
Congregation is invited to kneel if able
1 John 1:8-9

+ ASSURANCE OF PARDON
Ephesians 1:7-9
Minister: Your sins are forgiven through Christ.
Congregation: Thanks be to God!

+ CONFESSION OF FAITH: APOSTLES CREED
Minister: Christian, what do you believe?
Congregation: I believe in God the Father Almighty, Maker of heaven and earth, and in Jesus Christ, his only begotten Son, our Lord. He was conceived by the Holy Ghost, and born of the virgin, Mary. He suffered under Pontius Pilate, was crucified, died, and was buried. He descended into Hades. On the third day He rose again from the dead, ascended into Heaven, and sits at the right hand of God the Father Almighty; from thence He will come to judge the living and the dead. I believe in the Holy Ghost, the holy Catholic Church, the communion of saints, the forgiveness of sins, the resurrection of the body, and the life everlasting. Amen.
+ PSALM 79: Abbreviated Responsive
Minister: O God, the heathen have come into Your inheritance;
Congregation: Your holy temple they have defiled.
Minister: We have become a reproach to our neighbors,
Congregation: A scorn and derision to those who are around us.
Minister: How long, Lord? Will You be angry forever?
Congregation: Shall Your jealousy burn like fire?
Minister: Let Your tender mercies speedily come to us:
Congregation: For we are brought very low.
Minister: Help us, O God of our salvation, for the glory of Your name:
Congregation: And deliver us, and purge away our sins, for Your name’s sake.

God Moves in a Mysterious Way

The Law of God is Good and Wise

One level of praise is to extol God for His creative work in the heavens and earth. Another level of praise has to do with His work throughout the course of history—and because of the fact of sin, this is largely the work of redemption. And, as we shall see here, it frequently involves the salvation of stupid ingrates.

“Praise ye the Lord. O give thanks unto the Lord; for he is good: for his mercy endureth for ever. Who can utter the mighty acts of the Lord? who can shew forth all his praise? Blessed are they that keep judgment, and he that doeth righteousness at all times. Remember me, O Lord, with the favour that thou bearest unto thy people: O visit me with thy salvation; That I may see the good of thy chosen, that I may rejoice in the gladness of thy nation, that I may glory with thine inheritance…” (Ps. 106:1-48).

The invitation is given—come praise the Lord for His everlasting goodness and mercy (v. 1). Who is up to this task of praising Him (v. 2)? Blessed are those who keep their covenantal wits about them (v. 3). Remember me, the psalmist prays, with the favor that You show to Your people (v. 4). And why? That I might see the good of the chosen, rejoice in the gladness of His nation, and glory with His inheritance (v. 5).

And then the psalmist begins the reckoning—all the sins that Israel has committed in the course of God’s gracious dealings with them (v. 6). Israel did not understand the judgments that fell on Egypt, did not see the multitude of God’s mercies, and began to kick at His goodness, even as early as the Red Sea (v. 7). But God saved them anyway, for His name’s sake (v. 8). He rebuked the Red Sea, and led them through it (v. 9). He saved them from the Egyptians who hated them (v. 10), and the waters covered Pharaoh’s armies (v. 11). They sang His praise (v. 12), but soon enough forgot what had happened (v. 13). They didn’t want His counsel. They went straight from singing to sinning.

They had hot desires, and tempted God (v. 14). He granted their physical request, but sent leanness to their souls (v. 15). This should remind us of the comment from the pagan satirist Juvenal—“enormous prayers which Heaven in anger grants.” Envy of Moses and Aaron was also a problem (v. 16), and which God dealt with by having both earth and fire destroy Dathan and Abiram (vv. 17-18). Then they made a calf and worshiped the molten image (v. 19). They exchanged their glory for slow, grass-eating quadruped (v. 20). They forgot God, who had done great things for them in Egypt, and terrible things by the Red Sea (vv. 21-22). God would have destroyed them had it not been for the intercession of Moses (v. 23). They despised the pleasant land (to which they were going), and did not believe a true account of it (v. 24). They grumbled in their tents, and did not listen to the voice of God (v. 25). And so God lifted up His hand against them (vv. 26-27). They sinned at Baal-peor, and ate unclean sacrifices (v. 28). They provoked Him to anger, and He answered with a plague (v. 29). Phineas intervened, and Israel was spared (v. 30). Thatwas imputed to him for righteousness (v. 31).

They angered God at the waters of strife, such that Moses over-reacted (vv. 32-33). When they invaded Canaan, they did not complete the work of destruction assigned to them (v. 34), but mixed with the heathen and learned their ways (v. 35). They served the Canaanite gods, which ensnared them, and they even sacrificed their children to devils (vv. 36-37). They shed innocent blood, and so polluted the land (v. 38). They were inventive in evil, and went whoring after their own devices (v. 39). They made God sick of His own inheritance (v. 40), and so He turned them over to those who hated them (v. 41). Their enemies oppressed them hard (v. 42), and God delivered them many times—but they kept provoking Him (v. 43). Nevertheless, He regarded their affliction, which they richly deserved, and He heard their cry (v. 44). He remembered His covenant with them, and turned His mind (repented) in accordance with the infinite mercies of an infinite God (v. 45). He made even their oppressors pity them (v. 46). Save us, Lord, gather us up, and bring us all back (v. 47). Bless the name of the Lord, and let all the people say amen, and amen (v. 48).

Background to All Corporate Applications

Israel was a called out and chosen nation, and one of the temptations that Christian nations have had in the past is the temptation to think of themselves as occupying that same unique role—which is necessarily false. But the ditch on the other side of the road is the error of thinking that God no longer deals with nations at all. But He does. The Great Commission requires us to disciple all the nations, and to teach them obedience. So it is not the case any longer that just one nation possesses the Deuteronomic promises. And it is also not the case that no nation possesses them. Rather, in and through Christ, any nation may possess them. And any nation can stumble and fall in just the ways described here in this psalm.

A Psalm of Lament for America

As a nation, we have blood of millions on our hands. Christians know that we bear the image of God from conception on, and that this image must be honored for what it is from that moment on. But we have, by the tens of million, sacrificed American children to devils (vv. 36-37). In this regard, we are no better than ancient Molech worshipers. How can these children have blood, and have us not be guilty of bloodshed?

As a nation, we have deliberately forgotten our Christian founding. We have actively fought that knowledge, and we have mocked those who try to keep such knowledge alive. We have suppressed the doctrines that might indicate the many times that God has delivered us (v. 43).

The time we have spent on these shores has been about 400 years. About half of that time we have been constituted as a separate nation. Our total history is the same amount of time that Israel spent in Egyptian slavery. And He led them out of that slavery only to watch them sinning against him on the shores of that Red Sea. And they kept it up, over and over and over again (v. 44).

God has forgiven people in the past who have been far more wayward than we have been. This is not because we are better, but rather because we are not old enough to sin that much. But if we had been, God’s covenantal mercies are multitudinous. There is a crowd of them, all purchased by the death of Christ on the cross. “In whom we have redemption through his blood, the forgiveness of sins, according to the riches of his grace” (Eph. 1:7).